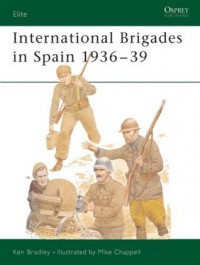 Here is a highly informative book that offers a broad sweep of the history of the international brigades and the roles they played in aiding the Spanish Republican government in its struggle against the Nationalists (and their foreign cadres) during the Spanish Civil War. There are also plenty of photos and illustrations to give the reader a basic understanding of the military units organized by the Comintern which proved under fire to be a 'corps d'elite', seeing action in some of the bloodiest battles of the war. This is a good book for anyone who wants a basic understanding of one of the 20th century's most significant conflicts.