A WHITE HOUSE DINNER FOR THE AGES 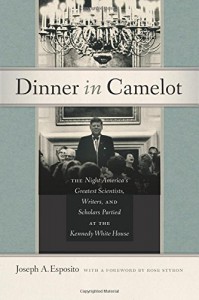 Prior to reading "DINNER IN CAMELOT: The Night America's Greatest Scientists, Writers, and Scholars Partied at the Kennedy White House", the most I knew of this most unique dinner which took place on the evening of Sunday, April 29, 1962 was from a now famous statement President Kennedy made there. It is as follows: "I think this is the most extraordinary collection of talent, of human knowledge, that has ever been gathered at the White House - with the possible exception of when Thomas Jefferson dined alone." One of my high school U.S. history teachers first made me aware of that quote, which left a deep impression that hasn't left me after almost 40 years.

Joseph A. Esposito has taken considerable care in reconstructing for the reader what that White House dinner was like - down to the various personalities (e.g. Linus & Ava Helen Pauling; Dr. Ralph Bunche, the first African American recipient of the Nobel Peace Prize for his work with the UN in negotiating the 1949 armistice between Israel and the Arab States; J. Robert Oppenheimer - the father of the atomic bomb - for whom this dinner marked the beginning of his political rehabilitation after having had his security clearance stripped away from him in 1954; the poet Robert Frost; the widow of Nobel laureate Ernest Hemingway; the literary personages Mr. and Mrs. Lionel & Diana Trilling; Pearl Buck; William & Rose Styron - who later became close friends of the Kennedys; the writer and social critic James Baldwin; and the astronaut John Glenn) in attendance.

The book also has the complete seating plan for the dinner, which took place in the State Dining Room (where President Kennedy presided at the lead table, # 7) and the Blue Room (where the First Lady, Mrs. Jacqueline Kennedy, sat at the lead table, # 17) - in addition to several photographs that were taken at the dinner itself. They help to recapture, in a large sense, an America that was sure of itself and its place in the world despite the perils and challenges of the time, and the essence of a President and First Lady who encouraged a flowering of the arts and sciences among all Americans - as well as inspiring people to be and do better for themselves and humanity.

I absolutely enjoyed reading "DINNER IN CAMELOT" which I think will serve in years to come as the main source for anyone wanting to know more about this unique and seminal event in 20th century U.S. history. It may also remind the reader that it is possible for the U.S. to extricate itself from the polarization and toxic national politics that bedevils us in the present time. For we live in a nation that has had many ups and downs since its inception in 1789 - and managed to, at various times, to embrace "the better angels" of its spirit and character.

Let "DINNER IN CAMELOT" remind the reader that We the People can work together anew to make a better nation for ourselves and future generations through encouraging a renewed appreciation for the arts and sciences. 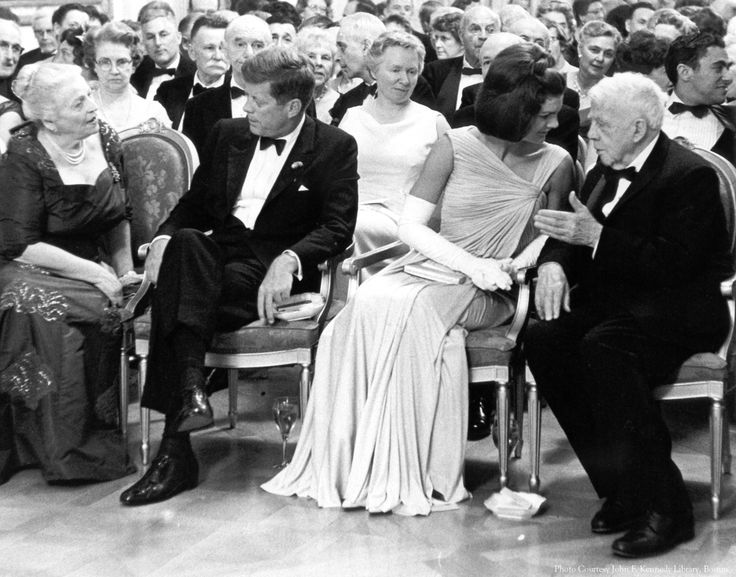