A SORRY EXCUSE FOR A BOOK 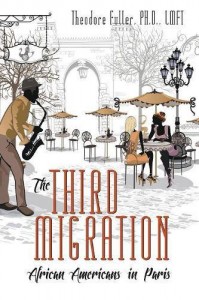 I have been greatly deceived by this book. When I first saw it several days ago and noted its title, I was led to believe that I would be buying a book that would be a comprehensive history of African Americans who had travelled to Paris (France) and spent time there, as well as explain how Paris shaped and influenced their lives and careers. For that reason, I promptly bought the book.

In truth, "The Third Migration: African Americans in Paris" only provides very thin, sketchy accounts of a small number of African Americans (e.g. Richard Wright, James Baldwin, Lois Mailou Jones, Langston Hughes, and Mary Church Terrell) who either went to Paris and became expatriates or simply to study or work for a short time before returning to live in the United States. The author also tried to tie in the Atlantic Slave Trade (the Middle Passage forced migration of Africans to the United States, where they were placed into involuntary servitude) and the Great Migration of 1915-1970 (from which many African Americans left the South because of the overt racism and oppression they experienced there in search of greater job, educational, and social opportunities in the North) to the African American experience in Paris. As a reader, that made no sense to me at all. There was nothing in what the author wrote that tied in the forced diaspora of Africans to the United States with the experiences of some of their descendants who moved from the South to the northern United States, as well as those African Americans who travelled to Paris and spent time there. The 3 pieces did not fit well together at all.

Furthermore, the writing in the book itself was very amateurish and at times hardly intelligible. Let me cite a couple of examples.

1) "...some of her [Lois Mailou Jones] most famous paintings were of the Garden Luxembourg, Paris Bridges and cityscapes also painted by the Monet, Manet and Sisley who were some of the leaders this art movement."

2) "The Middle Passage migrates were force to leave Africa crossing the Atlantic Ocean under dangerous conditions. They had no legal documents identifying their names or families. The migrates were brought to serve as slaves."

As far as I have been able to determine "migrates" is NOT a noun, but a verb.

There is nothing about "The Third Migration" that I can recommend to anyone. But - save yourself from reading it.