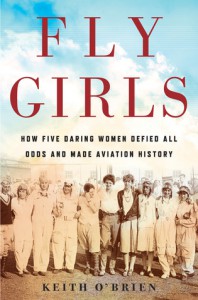 This book sheds light on the unsung contributions made by women pilots to aviation between 1927 and 1937, a time often referred to as the Golden Age of Aviation. Its focus is on 5 women aviators of the 1920s and 1930s (i.e., Louise Thaden, Florence Klingensmith, Ruth Elder, Amelia Earhart, and Ruth Nichols, whose pilot license was signed by aviation pioneer Orville Wright himself) and their struggles to gain acceptance and respect in the field of aviation. Aviation in its early days was considered more of a "man's sport" and women were discouraged from being a part of it. But these women -- many of whom proved to be extraordinary fliers in their own right --- were made of sterner stuff. These 5 women persisted - and some of them paid the ultimate price for that.

The only quibble I have with this book is the author's frequent use of the word 'airship' in place of 'airplane'. By common understanding in the aviation industry, 'airship' refers to a 'dirigible', a lighter-than air machine. For that reason, I've taken a star away from what otherwise would have been a 5-star rating.