TRUTH CAN BE STRANGER THAN FICTION 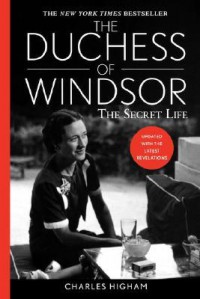 "THE DUCHESS OF WINDSOR: The Secret Life" reads as both a biography of Wallis Simpson, the woman for whom Edward VIII abdicated the throne in December 1936, as well as a fully fleshed-out story of the life she and Edward (aka the Duke of Windsor) had together from their marriage in France in June 1937 til the Duke's death in May 1972.

This book is also replete with revelatory information about both the Duke and Duchess of Windsor that makes plain their fascist leanings in the 1930s, their admiration of Adolf Hitler, and various other indiscretions. I won't say more because it would be better for anyone with an interest in the lives of both Edward and Wallis Simpson to read this book and arrive at his/her own conclusions about them. What's more: the book is well-researched and footnoted and generally well-written.