'WHO I AM' According to Charlotte Rampling 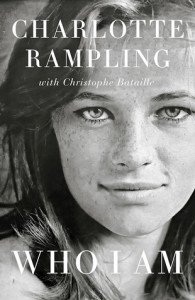 Charlotte Rampling is an actress who has intrigued me since the movie "Orca" - in which she starred with Richard Harris - came out in 1977. Her eyes are both mesmeric and feline. In the intervening years, I've seen a few of her movies and have learned a bit about her life.

So, when I learned about this terse memoir from a radio interview I heard Charlotte Rampling give about it, I decided to buy it. It is a book full of reminisces and asides, as well as varied photos of Charlotte Rampling, her family, and some of the places in England and France that figured prominently for the Ramplings.

"WHO I AM" is a book that can be easily read and enjoyed in a few hours.