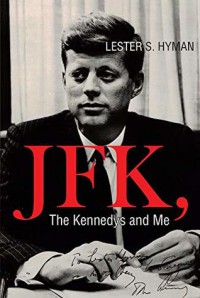 Lester Hyman has written a fine book of remembrance of his friend and political mentor, President Kennedy, as well as of Robert Kennedy, Ted Kennedy, and the Kennedy family with whom he has been acquainted for close to 60 years. This in itself conveyed to me the specialness they hold in the hearts of millions of people as proponents and exemplars of public service as an agency for social and economic justice.

Given that today marks what would have been President Kennedy's 102nd birthday (GOSH!), I want to thank Mr. Hyman for this book.