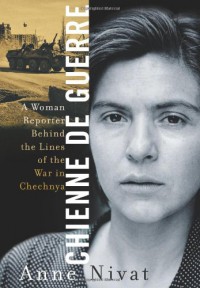 Before there was "Operation Iraqi Freedom", there was the war in Chechnya. A war that the Russians try to disguise as an insurrection. A war that could easily have been avoided if Moscow had simply given Chechnya the sovereignty it sought in the early 1990s. Here in this book, Anne Nivat shows both the horrors and absurdities of the Chechnyan War.

I commend Mlle. Nivat for her courage in going out on her own into Chechnya to get at the heart of the story. Anne Nivat is a gutsy woman. Her story is all the more remarkable and sobering given the efforts of Moscow to censure the news reportage from Chechnya. Being a fluent speaker of Russian also allowed Nivat to form personal bonds with many of the people she met. Thus, the reader gets a more intimate insight into the daily perils people face in Chechnya.