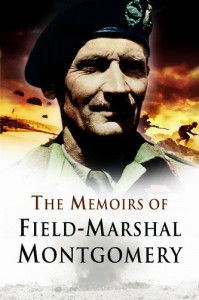 In his own inimitable way, Field Marshal Bernard Montgomery relates his life as a soldier in service to his country -- both in peace and during the First and Second World Wars --- which lasted 50 years (1908--58).

Born in Britain in 1887, Montgomery spent his early years in Tasmania, where his father, an Anglican priest, worked for a time. While Montgomery considered his father one of the prime influences in his life (along with his wife, Winston Churchill, and Dwight Eisenhower), he makes clear that there was no love lost between him and his mother, who showed him little care and affection as a child. Indeed, she would more often give him a hard time than not.

While Montgomery mainly speaks about his military career and the people who played key roles in said career, he speaks (albeit briefly) with deep love of his wife and son David.