OUT OF WAR - THE HEARTACHES AND THE THOUSAND, RANDOM SHOCKS 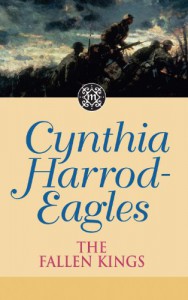 "THE FALLEN KINGS" begins in France in January 1918. Bertie, at a formal investiture ceremony, is awarded the Victoria Cross (VC) by George V for bravery and is promoted to the rank of colonel. The war grounds on relentlessly. There is an anticipation that the Germans, now that Russia is out of the war and has more troops at its disposal, will launch a spring offensive in the West aimed at defeating the British (and, by extension, crushing an already tired and bloodied France) before the Americans can arrive in strength.

Before the year is out, the lives of the Morlands (men and women alike) and their families will be radically changed. Some of these changes, alas, will be tragic. War, influenza, unrest in Russia, the search for love --- these separate, yet interconnected, factors figure prominently throughout the novel. And in the denouement, set in a restaurant of a London hotel in 1919, the reader is treated to a mind-blowing cliffhanger, which may have unforeseen consequences for the Morlands.


For the Morland Dynasty series fan (like me), this novel is a savory treat that will grab and hold you from start to finish. And for those readers new to the series, you will want to learn more about this incredibly resilient family.