THE MORLANDS IN A WORLD AT WAR: CHALLENGED, TESTED, AND RESILIENT 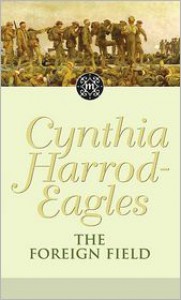 The story begins in 1917. Like the rest of Britain, the Morland Family has borne the full burden of the First World War. Pre-war norms on the home front under the pressures of wartime scarcities and sacrifices have largely faded away as people try to live life to the full, not knowing if they will live to see another day. Jessie’s husband Ned is “missing – presumed dead” after seeing action at Loos. Jessie continues to pine for Bertie, an army officer at the Front, who has managed to survive many of the heaviest battles from the earliest days of the war in France. Bertie, married to a woman who is largely indifferent to him, dotes on his son whenever he manages to get home on leave. He also loves Jessie. But they have managed, despite their desires, to maintain their propriety.

In the meantime, Jessie continues in her work as a VAD nurse in a London hospital. If you are/have been a reader of the Morland Family Dynasty novels from the beginning, then you will know that each novel in the series is populated by a number of characters situated in a variety of places. For instance, besides the number of family members and relatives serving in the military, there are a few acting as diplomats and quasi-government aides, both in Britain and abroad.

There is so much more I would like to say in praise of this novel. But to do that would be to reveal too much about the events and personalities who are impacted by them.

Suffice it to say, “THE FOREIGN FIELD” takes the reader from Britain to France to a Russia now convulsed in revolution. I hope that this review entices you to treat yourself to one of the finest series of historical novels you’ll ever read. Cynthia Harrod-Eagles is a wonderful storyteller.