LOVE - WHEN IT ALTERATION FINDS 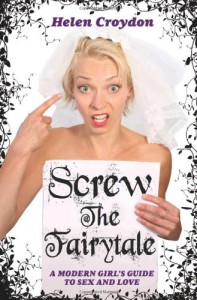 In this book, British journalist Helen Croydon, who admits to being, as she puts it, a "singleton" (i.e., a person, whether in a relationship or not, who insists on retaining the freedoms and flexibie lifestyle unique to unattached single people in society) sets out on a trek to discover the varieties of "unconventional" relationships people have devised to address their needs, wants, and desires.

In 16 chapters, Croydon explores with both the critical eye of a social anthropologist and the wide-eyed curiosity of an eager onlooker, the various permutations of relationships little known or quietly discussed in polite society. Some examples of these relationships are -

1) asexual relationships in which both people have no interest in sex, but in bonding with someone who seeks a non-sexual loving relationship)

2) polyamorous relationships (in one chapter, Croydon relates the experiences she had in Scotland with 17 people --- all but one of them women --- who have managed successfully to forge and maintain over time a strong, loving and sustainable relationship while living together under one roof and sharing responsibilities)


Frankly, I was amazed to learn how people across countries and cultures could manage to live together (or apart) in loving relationships that I had no idea existed or were possible to maintain. Maybe that reflected a certain naivety I've had about relationships. I think Croydon does the reader a service by challenging him/her to rethink the ways society has conditioned people to regard the lifetime relationship (which it promotes on an elaborate scale --- courtesy of novels, magazine articles, TV, and movies --- through "fairytale" notions of love and romance) as the one and only relationship. Indeed, the following remarks she makes I found both refreshing and insightful ---

"... someone or something has projected images of long-term, cohabiting, lifelong partnerships - ideally with a few, well-behaved children in tow - as the route to a happy, successful and respectable life. Great if you want that. Not so great if either you don't want it, or haven't even thought about it. For some people the thing that's supposed to puff your heart out is actually the cause of frustration and anger.

"So, how has this prescription for happiness emerged? It's a result of anachronistic historical values more suited to a different era, our human susceptibility to the foibles of romantic love and a judgemental social climate, which refuses to accept that anyone else's desires and characters can be different to its own. I call this big cumulative force Love Inc. It's like a corporate superpower that manufactures and commercialises ideas for romantic and sexual satisfaction. The more people buy into its products, the larger and more influential it becomes.

"Love Inc.'s bestseller is the Hollywood love story, in which single people always get together and anyone who has an affair either redeems himself or gets killed. Hollywood movies, chick-lit romance and even the celebrity gossip in newspapers are all remakes of the fairytale staple where a Princess meets her Prince and both live happily ever after. ... We are left believing the rest of their lives will be lived happily ever after, but that's just a session break in the grander story of love.

"Fairytale love stories are deliciously appealing to our romantic natures and endless quest for happiness but they don't give us a real understanding of love and relationships in the modern world. Love Inc.'s marketing ignores the science - that when you're enamored with someone that you really think you're going to feel like this forever, in fact your brain is behaving in the same way as a crack addict. It ignores the historical facts that long-term partnerships had nothing to do with love through most of human history bar the last 200 years ... Fewer people are choosing marriage or even full-time relationships . Even those in relationships are doing so in new ways to suit them - they're experimenting with open marriage, living apart because they can, defining their dynamic with a monthly allowance or creating D/s [Dominant/submissive] contracts!"


This book is a keeper, one that I would read again to expand my mind.